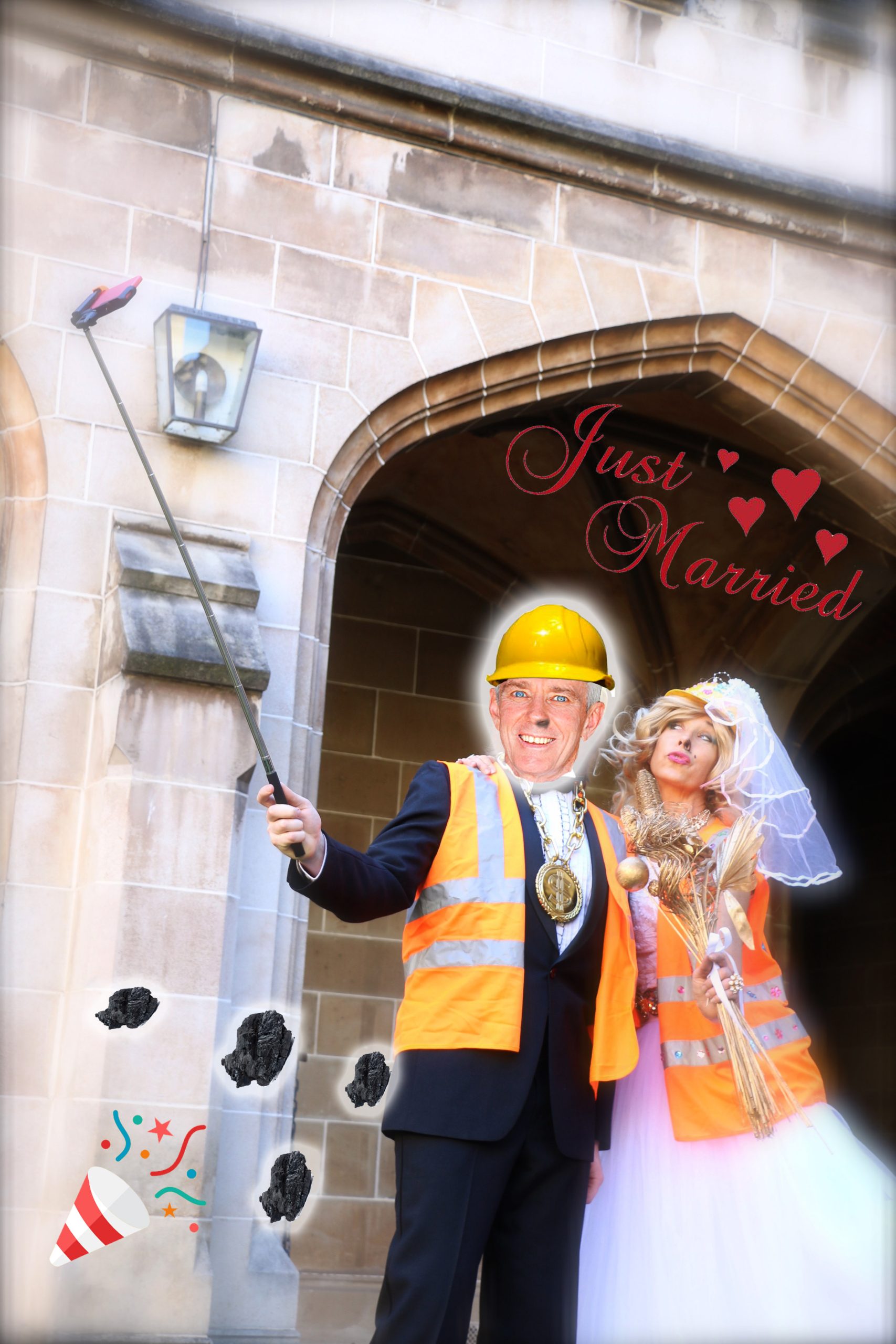 Having stared down one another in courtrooms as they battle one another over rights to indigenous and other people’s land, wedding guests remarked how surprising it was to see Mother & daughter Coral & Bianca Bleach presenting so civil at the ceremony

“I’ll just never forget that Heartland moment for as long as I live!,” exclaimed Coral Bleach sniffling as she struggled to recall which secretive Institute of Public Affairs/Coalition fundraiser it was exactly.

No stranger to billionaire couplings, Coral Bleach insists that #7 has “so far been my totes fave fiancée!” Asked to comment on the fate of her former billionaire miner muse, Coral expressed regrets that “that bloody Clive was such a lousy sitter [having smashed parliament absentee records]. Malcolm is like so obvs better trained. And intellectual”.

“It’s ‘basic’ really, Coral’s fully in awe of Malcolm’s self taught expertise, and/iron-ore grasp of climate deniers’ strategies 101 handbook,” said one of Roberts’ BUMS* mentors and former bosses. In her own words, Coral insists that: “unlike those extreme-greenist-alarmist-elitist Professors who waste years and years of their lives recording, exchanging and analysing data from all corners of the natural world, and labouring over peer reviewed manuscripts (and for free silly socialists!), whereas Moi Malcolm grokked the “logical scientific reasoning and empirical scientific evidence” straight from YouTube clips as international Rock Star-Particle-Physicist Prof Brian Cox will tell you! And have you seen what he can do with graphs? Amazaballs!”

Also committed to re-imagining Australia as a One Nation of consuming white people who come from other places, Coral Bleach enthusiastically espoused her “deepest appreciation of Malcolm’s generosity in seeking to radically increase our coal shipments to poor people. This way they can create their very own sweat shops! How else can a purfect world trickle?”

Asked if she was concerned that Malcolm earned a seat in Australia’s Senate with only 77 personal votes, Coral nearly flicked her veil off from atop her blinged-hard hat as she exclaimed: “waaagh [sic] don’t pay any attention to irrelevant inner-city green eyed latté sippers….[sic]”

The couple unionised in private “to avoid further cynical, billionaire-bashing-gossip mongering by people who don’t get it that we Coal Diggers can dump anything we like. Starting with so-called leaders who dare tax our effluence. Exhibit A, ‘Juliar’. What was she thinking?, lol.”

Weddings bring people together so it’s fitting that Coral’s daughter Bianca agreed to a détente in her landmark lawsuit against her mining magnate mother. See how much Bianca is enjoying her duo-role as flower girl/maiden of honour

Queried why the love birds chose Melbourne University over one of their tropical tax havens, Coral insisted that “one of the appeals of Malcolm’s career in the fossil fuel industry has been the formation of strong linkages and bondages with academics, be they real or imagined as empirical evidence may be.” Further to that she said: “besides Bébès, the ‘basic’ fact is that BUMS own Australia’s academic institutions. And I’m not just talking about their substrata.”

The newlyweds taking their baby coal truckies for a walk around Melbourne University’s grounds. Which they own

At Coral Bleach’s insistence, the newlyweds are off to the Great Barrier Reef for their honeymoon. More soon!

EDITOR’S NOTE: thanks to more than a decade of work by investigative journalists, historians and writers, the hyper links in this blog reveal the depth of deception by the denial movement. This is the story that must be heard every time Malcolm Roberts opens his mouth in or out of Australia’s parliament.

Special thanks to Fossil Free MU for allowing us to stage this during ClimActs’ Enviro Week 2016 workshop.

For further independent references please don’t hesitate to contact us.