Force for Sustainable Progress or Tool for Tyrants? 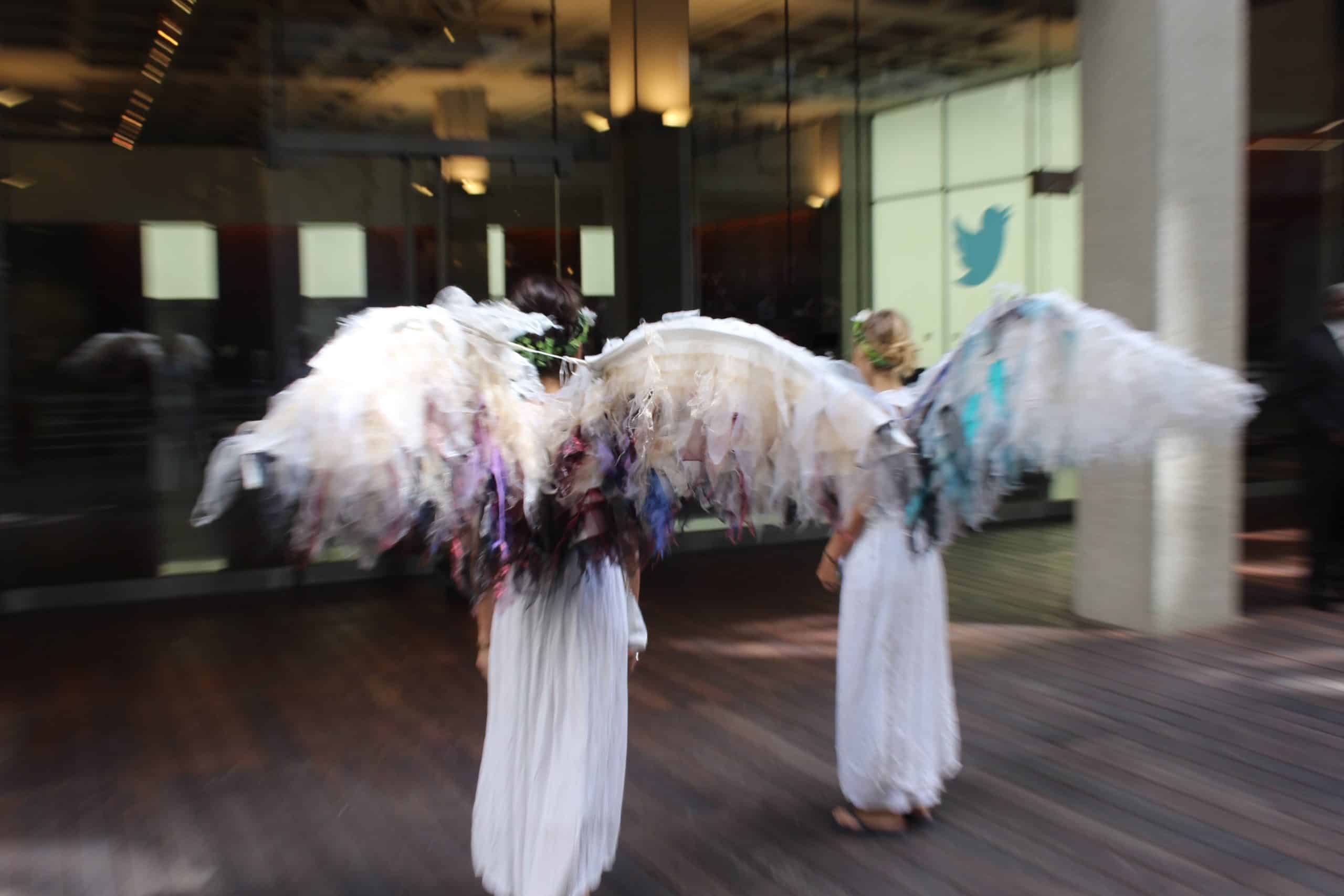 As the US was reeling from unprecedented hurricanes, Climate Guardians hand delivered scrolls with universal messages to Silicon Valley.

In our travels we had many conversations with curious passersby. We discussed the insidious and predatory ways in which profit hungry search engines and social media platforms are exploiting people’s private information. This while turning a blind eye to the exploitation of their technologies by those seeking to maintain enough societal divisions and disharmony to prevent democratic laws to limit the exploitation of people and the poisoning of the natural world upon which all life depends. 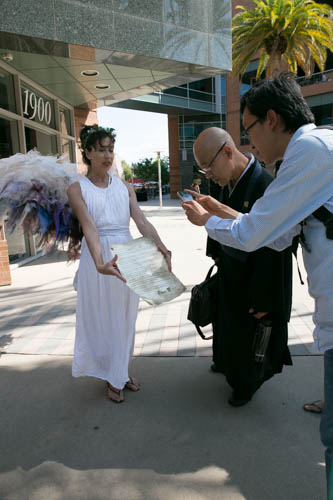 On the day of our ‘visitation’ Google was hosting a series of workshops with spiritual leaders. At least the two groups (Shinto and Christian spiritual leaders from Japan and Nevada respectively) that we spoke with could not have been more encouraging which was rather awkward for the Google representatives hosting them

Everybody we’ve come across gets that nothing benefits the richest and most powerful better than dysfunctional socio-economic systems. Of course that’s nothing new. But in the Age of the Anthropocene – with human impacts on the natural world seriously threatening the Earth’s capacity to sustain life – the consequences of failing to transition to socially and environmentally sustainable systems are absolutely horrifying.

A serious moment after having received a massive bear hug from a woman walking past, one of many exceptionally encouraging responses from people on the streets.

And we discussed how societies in transition always experience ugly reactionary resistance from those who perceive a loss of power and privilege. To virtually everybody’s ears, attempts by extremely rich people to justify their ‘entitlement’ to obscene amounts of wealth sound awkward at best.

Google’s headquarters cover several blocks of sprawling tightly secured buildings so we spent most of our time in a relatively prominent area where a few buildings formed a courtyard and staff come outside for lunch. This is the sign that welcomes visitors to the complex but not even Angels were permitted inside the buildings.

It was inspiring to see the expressions on people’s faces when we proposed that major advances in science and sustainable technologies – including deep understandings in human psychology – have enabled us to create everything we need to meet basic food, water, power, shelter and education needs necessary for healthy and happy lives in fair and sustainable economies at the local level on a global scale.

This is Facebook’s ‘Thumb’, located at the entrance to #1 Hacker Way, where guards suggested Angels could have their photo taken (as though this liberty was the greatest privilege ever). We thought it was a suitable place to adhere our message

Naturally this is extremely threatening for those governments and companies currently invested in highly competitive and destructive industries (fossil fuels, petro-chemicals, espionage and killing technologies) that massively profit from fear, insecurity, and oppression. Transitioning from dead end economies based on unlimited growth of miserable and toxic industries to cooperatively organised economies based on creating and caring will empower and benefit All. And we all must play a role in realising this alternative world we want for ourselves and our children. 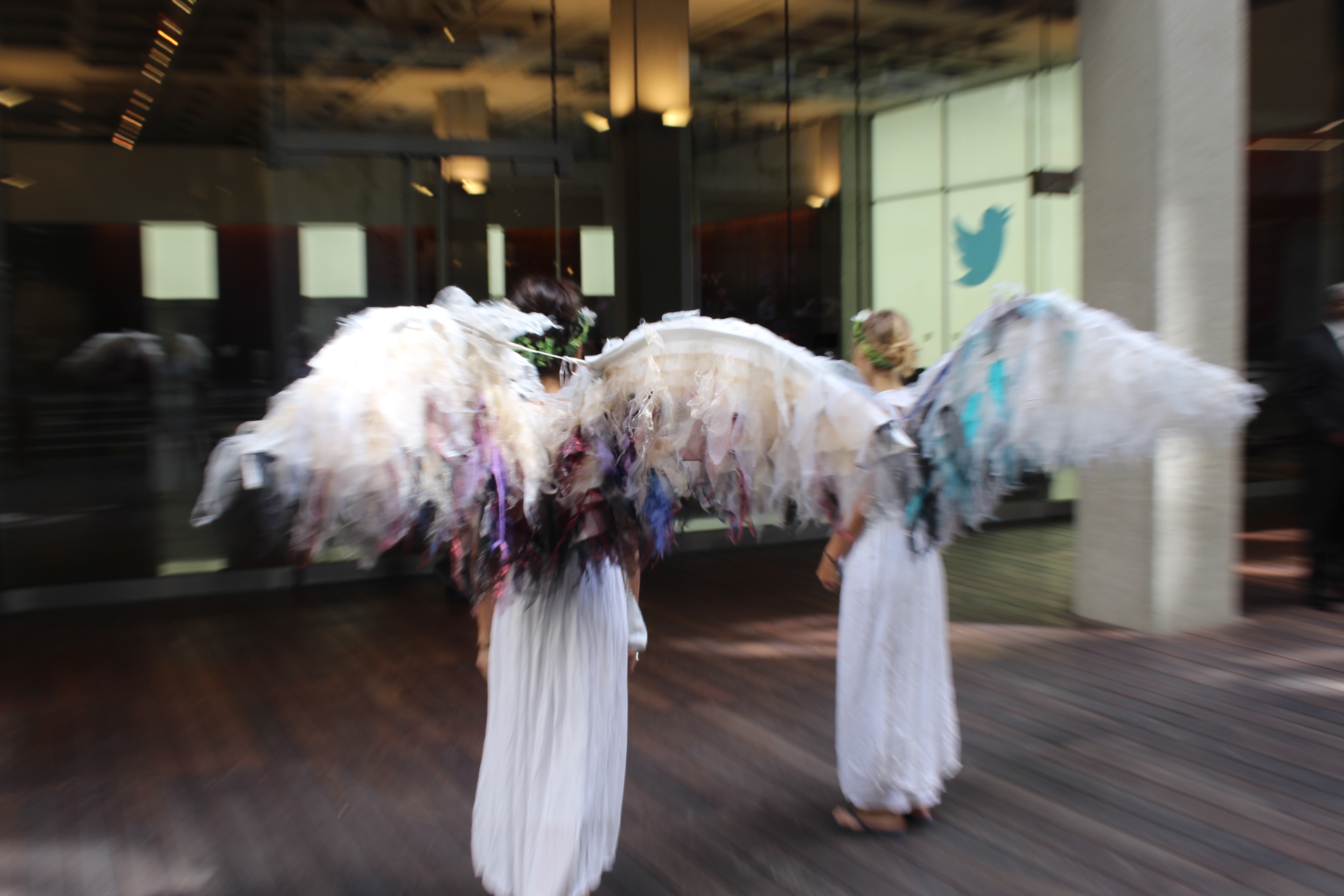 From the proliferation of ‘fake news’ and ‘hate speech’ to the hacking scandals of every candidate who has vocally supported the Paris Agreement, it’s time to recognise the deep ties running between competitive, controlling and destructive industries and unsustainable business models and to logically challenge them with fair and sustainable alternatives. 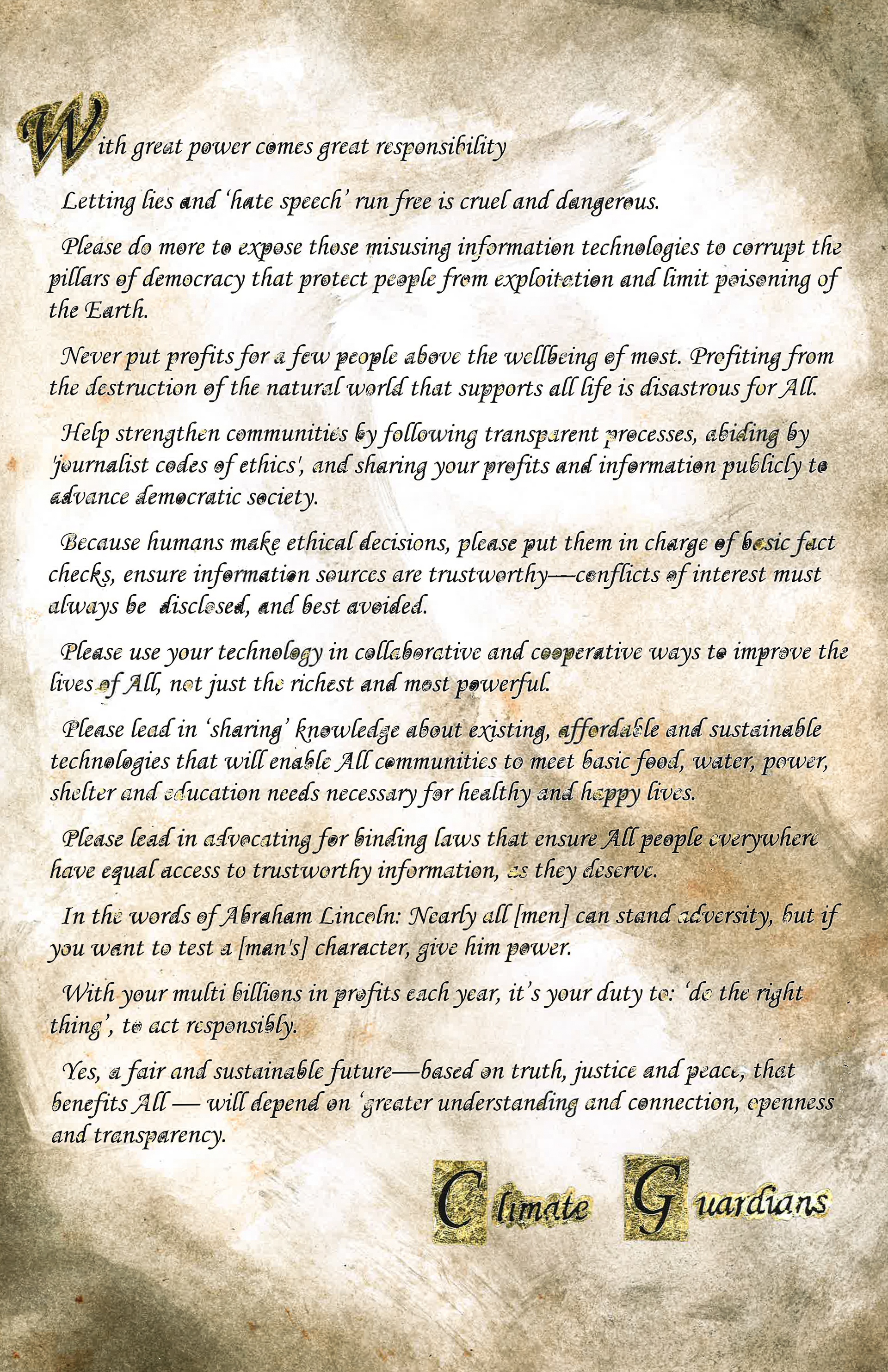