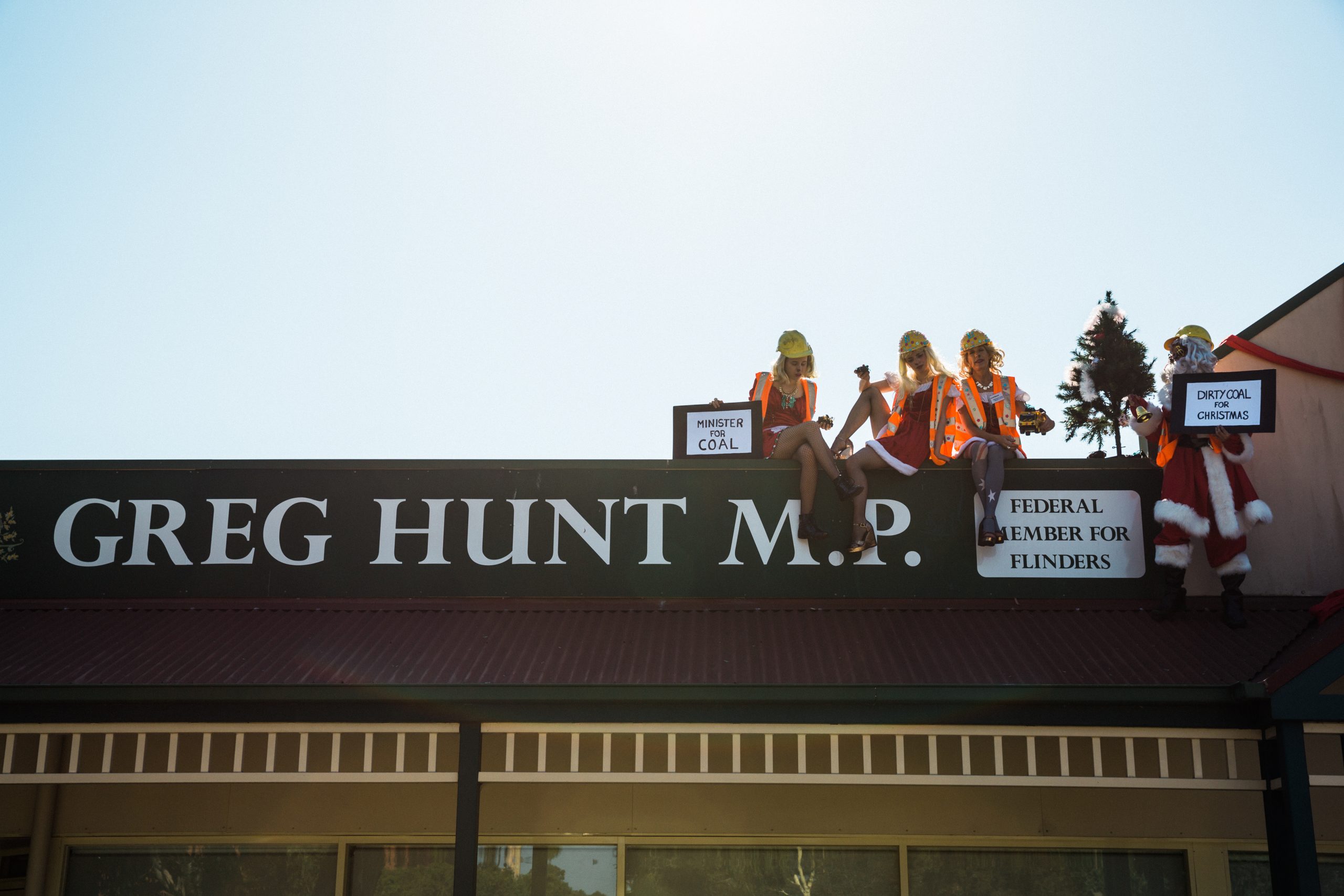 Surely you’re just as buoyed (and unsurprised) as we are to see Our ‘Mr Coal’ Josh Frydenberg* take charge of Australia’s Energy & Environment! And the failed former Environment Minister Greg Hunt forge ahead as Minister for Industry & Innovation! And celebrated climate septic Matt Canavan unearth our remaining ‘Resources’ (not that we’re running out LOL)!

It’s as our ‘Mr Coal’ himself says: “Resources is to the Australian economy what the baggy green is to Australian sport: totemic; iconic; indispensable to our national story and synonymous with our national identity.” And for the record Mr Coal most definitely was not then talking about our sun-drenched and windswept quarry. Er country.

Bébès, just between us, know that it’s no coincidence that tonnes of secretive donations trickling down through the covert web of Coal-ition & Institute of Public Affairs ‘clubs’ have paid off for us Coal Diggers.

Coal Diggers with BUMS Gina, Ruppie and Johnny from IPA, welcoming the press at the Green Group Inquisition, September 2015

In case you’re under any illusions as to the power of our effluence, here we are with Mr Coal welcoming our fellow BUMS† of the Kooyong 200 Club. You’ve got to get up pretty early to hide so many political donations!

On a final note, Readers, whatever you do, DO NOT associate with those extremist, alarmist, elitist Climate Guardian Angel #Karens! They’re DANGEROUS to our profits! See…