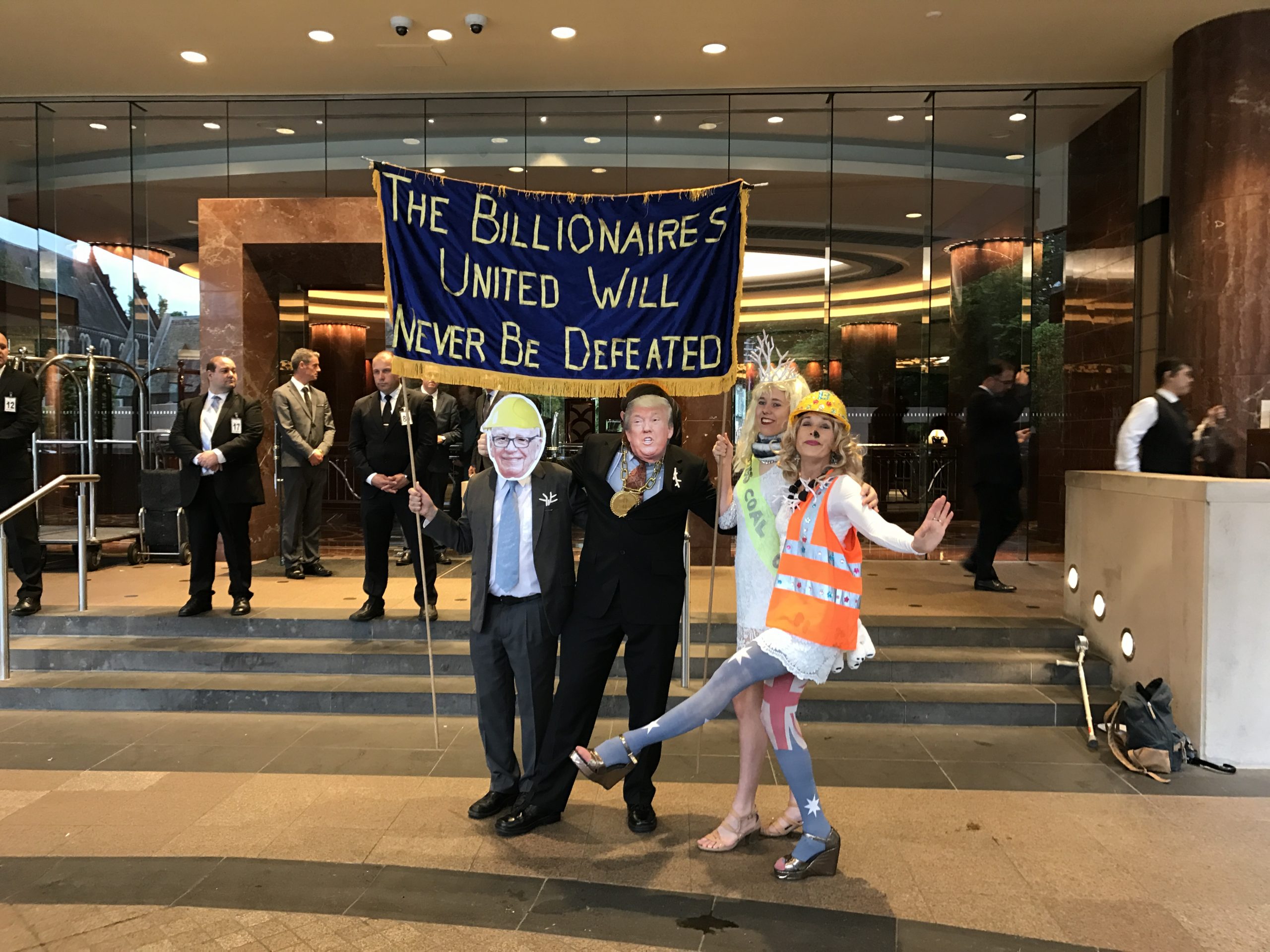 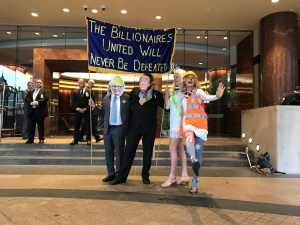 As always, the latest Institute of Public Affairs gala was a glorious occasion for us billionaire miners! We hobble-knobbled among corporate global giants including Texas Public Policy Foundation & Koch Brothers funded Chuck DeVore whose advice to the rapturous crowd of Aussies was, “here’s hoping that some day you too can find your Donald Trump!” 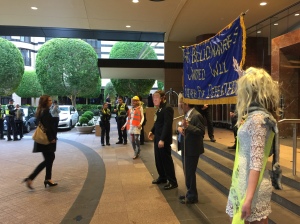 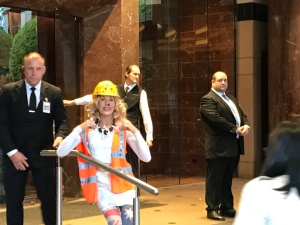 “Do you like my lavalliere de dead coral & coal?” asks Coral Bleach

The Park Hyatt was a glittering under the pulchritudinous of Galilea Básîn, winner of Cachécoal’s Mineral Beauty Fusion Pageant’s Miss Coal Universe division

Upon arriving, effluent A-listers were greeted with a coalabratory carbon poetry slam featuring our very own ‘Our Profits’, which was greatly (as Donald would say) inspired by Gina’s epic ‘universe’s worst poem’.

Coral Bleach reciting lines from ‘Our Profits”: “Billionaires are sadly groaning from Coal Investile Dysfunction
This vile contagion is spreading around the globe, an epidemic out of control” (see full poem below)

We’re beyond proud to present our special coaltry (or possibly poaltry?)

This vile contagion is spreading around the globe, an epidemic out of control

That much a blind man could see, we must secure our booty!

But on this special night we celebrate our giant quarries, our minerals that delight

You can see for yourself the magic we do with sacred sites!

Think of all the ancient souls liberated from eternal substrata entrapment

So forget your Great Barrier Reef, our plans for Uluru will astound you!

Just give us your soils and souls

Relax now Aussies, know that you can trust us to do the heavy lifting

Before it is too late!