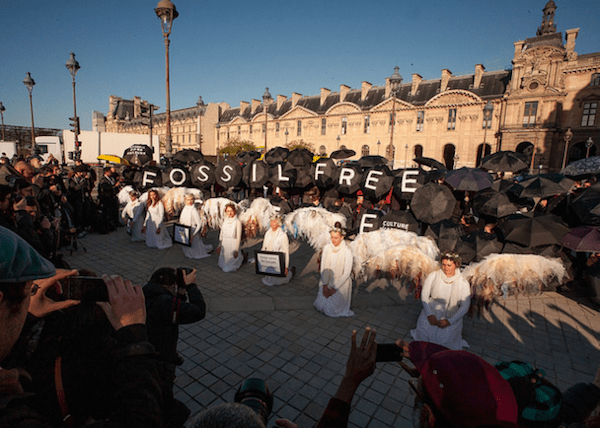 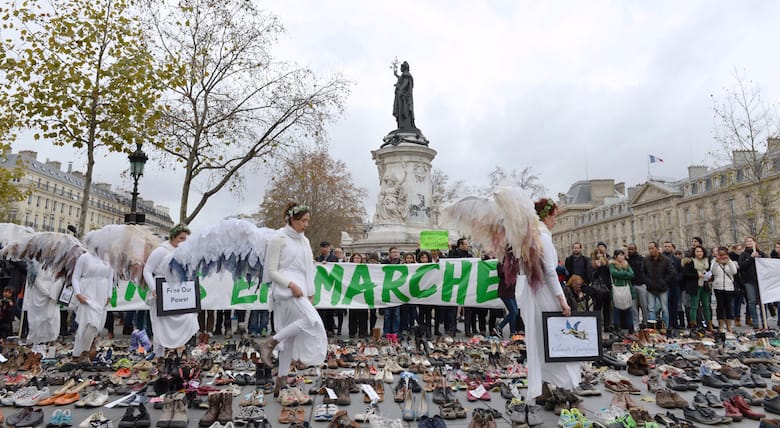 Our Auntie is Not a Murdoch 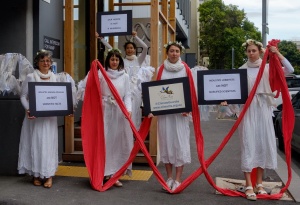 The tried and tested means of transferring invaluable public assets—assets that were established by generations of citizens—into private hands goes like this:

Australians trust the ABC because it employs journalists who understand that their job is to accurately and impartially convey information. For this reason it is a national treasure.

Meanwhile, the current ABC Board and executive team seem to be having problems understanding the traditional role that the ABC plays in informing and educating Australians with independent information. Sadly, these administrators don’t seem to recognise the difference between talented, dedicated journalists and industry spokespeople who are mouthpieces for vested interests.

At 5.45am last Wednesday 14 December, armed with the red line of fabric that led more than 10,000 climate protestors through the streets of Paris* at the conclusion of COP21 this time last year, the Climate Guardians descended on the ABC Southbank studios to lock out industry stooges who are hijacking Australia’s public broadcaster and national information provider. We signified the ABC’s iconic Lissajous curve logo with our red fabric and carried signs reading: 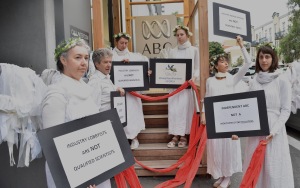 We intend to continue holding the ABC Board to account for allowing Australia’s national public broadcaster to be used as a mouthpiece for anthropogenic climate change deniers with close ties to industry front groups, including the Institute of Pubic Affairs (IPA) and Centre for Independent Studies (CIS).

It’s thanks to countless talented, trained journalists at the ABC that generations of Australians have been highly independently informed and educated about our world and our nation’s position and responsibilities within it. But now, driven by business and industry and their political supporters, there has been an increasing and illogical expectation that the ABC ought to dumb down its content in line with commercial stations that are beholden to the vested interests of advertisers and corporate partners. Peer reviewed science is not the same as ‘opinion’ no matter how many times right wing commentators assert that it is, as a strategy to mislead and confuse the public.

Given that a) the Australian public has built the ABC to be independent and reliable, and b) 97 per cent of scientists are in agreement re: anthropogenic climate change, we believe that Australian taxpayers have a right to know why in recent times:

We cannot address climate change and deliver on Australia’s promises to the world community under the Paris Climate Agreement while industry lobbyists are allowed to use our national public broadcaster and information provider as a mouthpiece. Having come from the Murdoch Empire, Michelle Guthrie knows full well that there are more than enough opportunities for industry driven opinions to be expressed via the commercial Newscorp empire.

It is precisely because the ABC is our trusted public broadcaster and national information provider that climate deniers have an obvious agenda to exploit it. Providing substantial coverage for the agenda of industry groups with vested interests—whose lobbyists are on the record referring to themselves as the Greenhouse Mafia and bragging about turning Australia into a ‘polluters’ paradise’—under the guise of providing ‘balance’ is wrong. 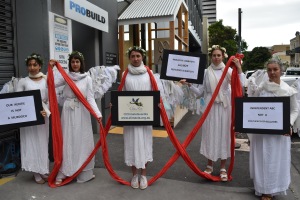 * in defiance of a state of emergency ban on protesting following the horrific terrorist attacks in Paris on the eve of it hosting the 2015 UN climate conference.