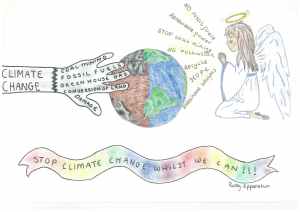 Our #KeepYourPromise campaign gives a voice to young Australians concerned about climate change who can’t yet vote. The campaign demands that political and business leaders honour the promises that they made at the COP21 talks in Paris in December 2015. Known as the Paris Agreement, COP21’s climate treaty saw 195 countries sign on to the first universal, legally binding climate deal with the intention of limiting global warming to 1.5°C. While 1.5°C is too high (as the devastating bleaching of the Great Barrier Reef has shown) it would significantly reduce the worst risks and impacts of climate change.

Messages from young Australians remain central to our #KeepYourPromise campaign and help give a political voice to those who will be most affected by the climate failures of today’s leaders.

The strong response to the Climate Guardians’ #AngelPost mission, which delivered hundreds of children’s messages to COP21 decision makers in Paris, was the impetus for the #KeepYourPromise campaign. While it was encouraging that our sun-drenched and wind-swept country belatedly joined the ‘coalition of ambition’ in fact we’re still waiting for any signs that they will actually honour the commitments made on the world stage. 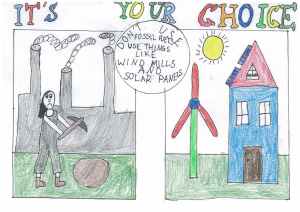 For instance within days of returning from COP21—where they joined all other world leaders in agreeing to take necessary action to limit global temperature increases to 1.5 degrees (and a maximum of 2 degrees)—the Federal Australian government approved an extension of the Abbott Point Coal Terminal located on the boundary of the world heritage listed Great Barrier Reef marine park. This approval would 1) make Abbott Point the world’s largest coal port, 2) unleash the Galilee Basin carbon bomb, and 3) further enable other foreign owned climate wrecking coal projects waiting in the wings. This at a time when the Great Barrier Reef is being devastated by bleaching and communities all over the world are strengthening their resolve to kick the addiction to dangerous fuels. 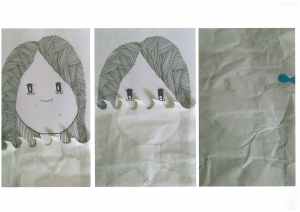 Meanwhile, as fossil fuel projects are being fast tracked, devastating cuts have been made to the CSIRO’s climate science divisions as millions of tax payers’ dollars have been used to establish a new Energy Resources Growth Centre to ‘drive innovation, competitiveness and productivity across the oil, gas, coal and uranium sectors’ which are largely owned by foreign corporations. This is further to the government’s repeal of climate policies and independent agencies that were proving enormously successful at driving billions of dollars of new investments in the clean renewable energy and creating thousands of new jobs in local, sustainable economies. 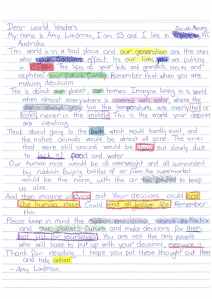 Zero pollution and efficient energy solutions are available off the shelf and have the added benefit of generating many new jobs and large investments in local economies. In fact backed by cooperative finance models, determined communities have been driving inspiring sustainability projects despite the ongoing blocks and frustrations imposed by governments and entrenched energy retailers. Check out Solar Citizens and CORENA (Citizens Owned Renewable Energy Network Australia) to get an idea of how local communities are leading the charge towards a more fair and sustainable world. For a comprehensive sustainability plan please see our safe climate demands.

The #KeepYourPromise campaign will continue to track our government’s breaches of its commitments under the Paris Agreement and promote the community owned and controlled sustainable projects needed to avoid a climate and eco-system meltdown. If you are a young Australian, or would like to introduce one (or some) we’d love to hear from you. We’d be delighted to feature your message(s), in our #KeepYourPromise #COP21 campaign if you send them in via our contact page.