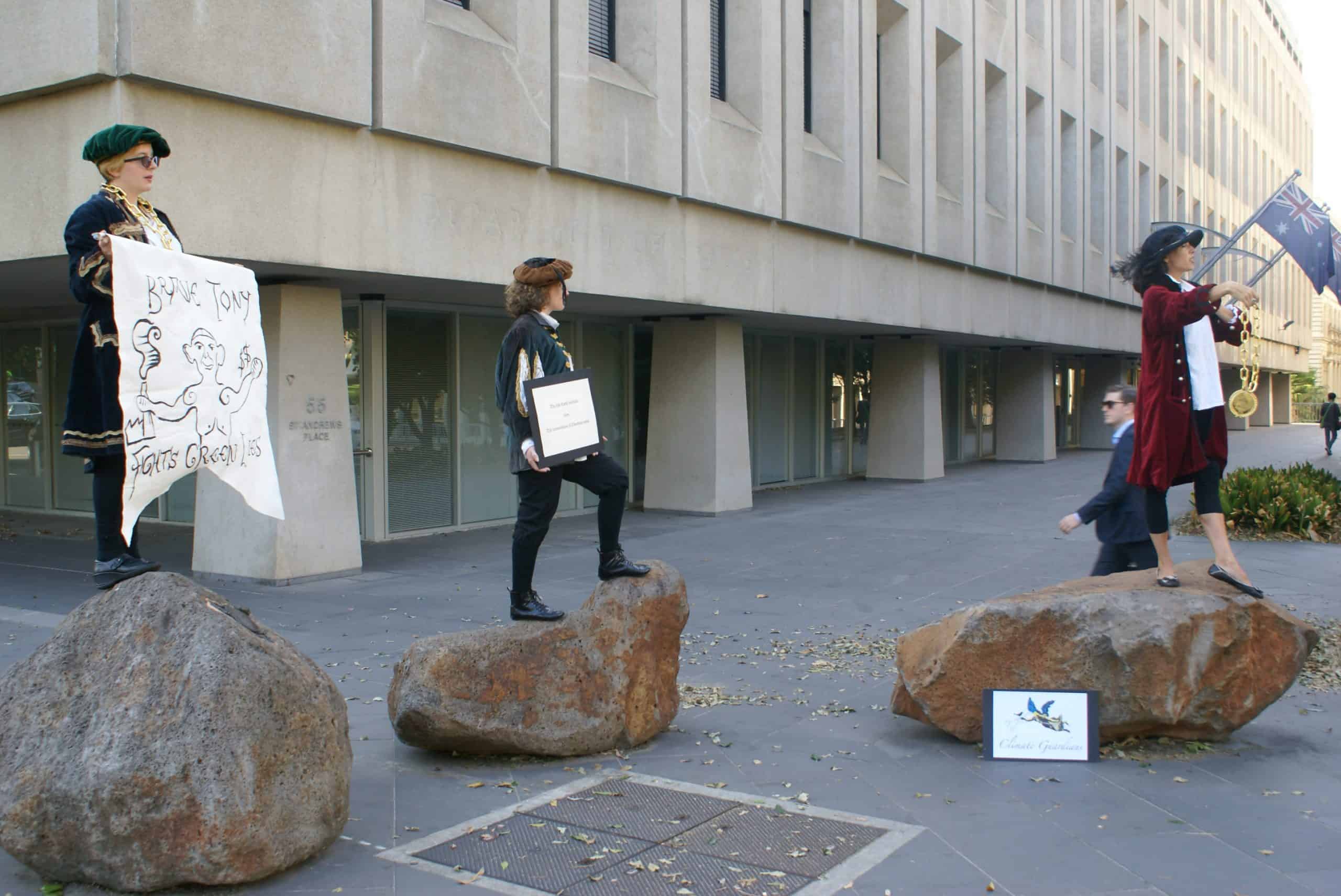 We esteemed Astronomers from the Flat Earth Institute hath endorsethed Senator David Leyonhjelm’s candidates for the role of Wind Commissioner.

“The role of Wind Commissioner was granteth by the honourable LNP government, as part of the recommendations madeth by noble senators of the Wind Inquisition. Fearless crusader for freedom against an over-reaching nanny-state, cross bench senator David Leyonhjelm foundeth that the wind energy industry was insufficiently babysat,”1 said Flat Earth Institute spokesastronomer Adjunct Professor Greenhausen.

“That the crippling wind turbine syndrome hath been denieth by the same scientists and doctors whom verily confectethed the global worming conspiracy, exposeths the light. It was only a matter of time before fearless leaders of the free world steppeth forward to stopeth the outages,” Greenhausen added.

Dr Rapley cited Adolf Hitler as saying “strength lies not in defence but in attack”, and described such beliefs as “evident in the wind industry’s modus operandi as they continue to attack anyone who would question their viewpoint”.

Fortunately, after much calculated searching, braveheart Senator Leyonhjelm hath engagethed a worthy scientist in Dr Bruce Rapley; one who adhereths to Flat Earth orthodoxy and hath likenethed the pagan wind energy industry to Hitler. Among his other qualifications, Dr Rapley is deemethed a suitable candidate by virtue of his New Zealander status, since he “has been out of the Australian environment”2.

In his most strongly worded statement in regardeth to the role of Wind Commissioner, Adjunct Professor Greenhausen hath saideth: “The wind doeth bite shrewdly and needeth capturing by a candidate who hath proveneth his devotion to the fossil fuel gods, coal in particulate matter.” For further comment, please contacteth esteemed medieval spokesastronomer on 0432 056 430 or contact us here.