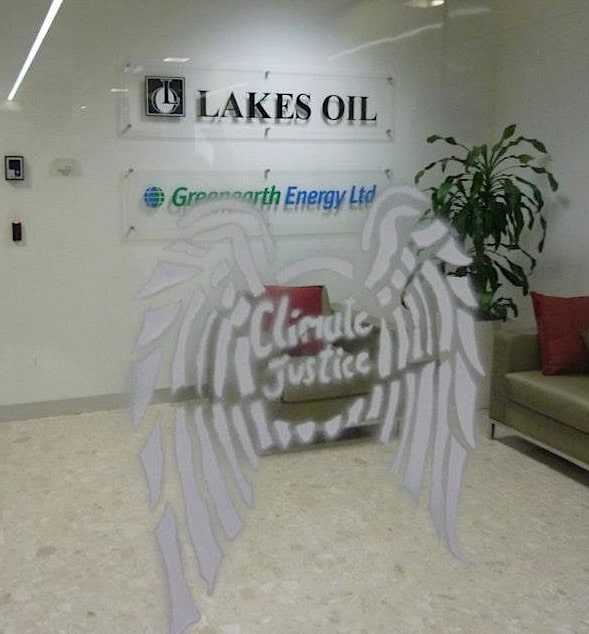 Digging Deeper is a satirical exploration of the ties between billionaires, dictators, aggressive ‘fake news’ assaults on democracy and human and environmental abuse. None of that is at all funny, but this show is!

Surely they won’t forget us when they cast their votes!

Occupying the red carpet and delaying the Heartland Institute’s world premiere screening of The Climate Hustle for more than an hour. Here we are with our mentor Lord Monckton, December 2015

Under the direction of their powerfully effluent CE0² Coral Bleach, ClimActs’ Coal Diggers have made a name for themselves in the media through crashing high level ministerial events of Josh Frydenberg and Greg Hunt, and by “surprising” guests at Gina Rinehart’s gala event (including politicians who tried to sneak past them and police officers hurriedly called to the scene) with their subversive brand of performance art.

Thank heavens we were there to protect our mate (and Federal Environment Minister) Josh from hordes of elitist lowlife leftist greenies who gate crashed the Kooyong 200 Club’s fundraising brekkie, September 2017

Digging Deeper is a staged platform for Australia’s peskiest and proudest climate performance-blockaders to sing, dance, crash, yell and share their thoughts to a (potentially) more receptive audience than the parliamentarians, oligarchs and press that are usually running away from them. This work is part of an ongoing series of rapid response ‘fast and furious’ climate related performances to raise awareness and stimulate public discussions about the root causes of rising inequity and environmental degradation.

Speaking up for young people who will bear the brunt of Australia’s appalling climate policies, Digging Deeper’s cast includes Hunter Stanford and Zachary Hart, a couple of exceptionally accomplished young actors from graduating Class of 2018.

Melbourne, we’re coming for you

Whether it’s hustling on the red carpet in Paris with global high flying climate denier Lord Monckton, or addressing Canberra’s ‘Fake News’ Media Pack at Australia’s Parliament house on Day One of the Abbott Government’s reign, ClimActs AKA The Coal Diggers are dedicated to making a splash (and to making the world a better place).

A brief history of ClimActs’ ‘interventions’ and commissions: