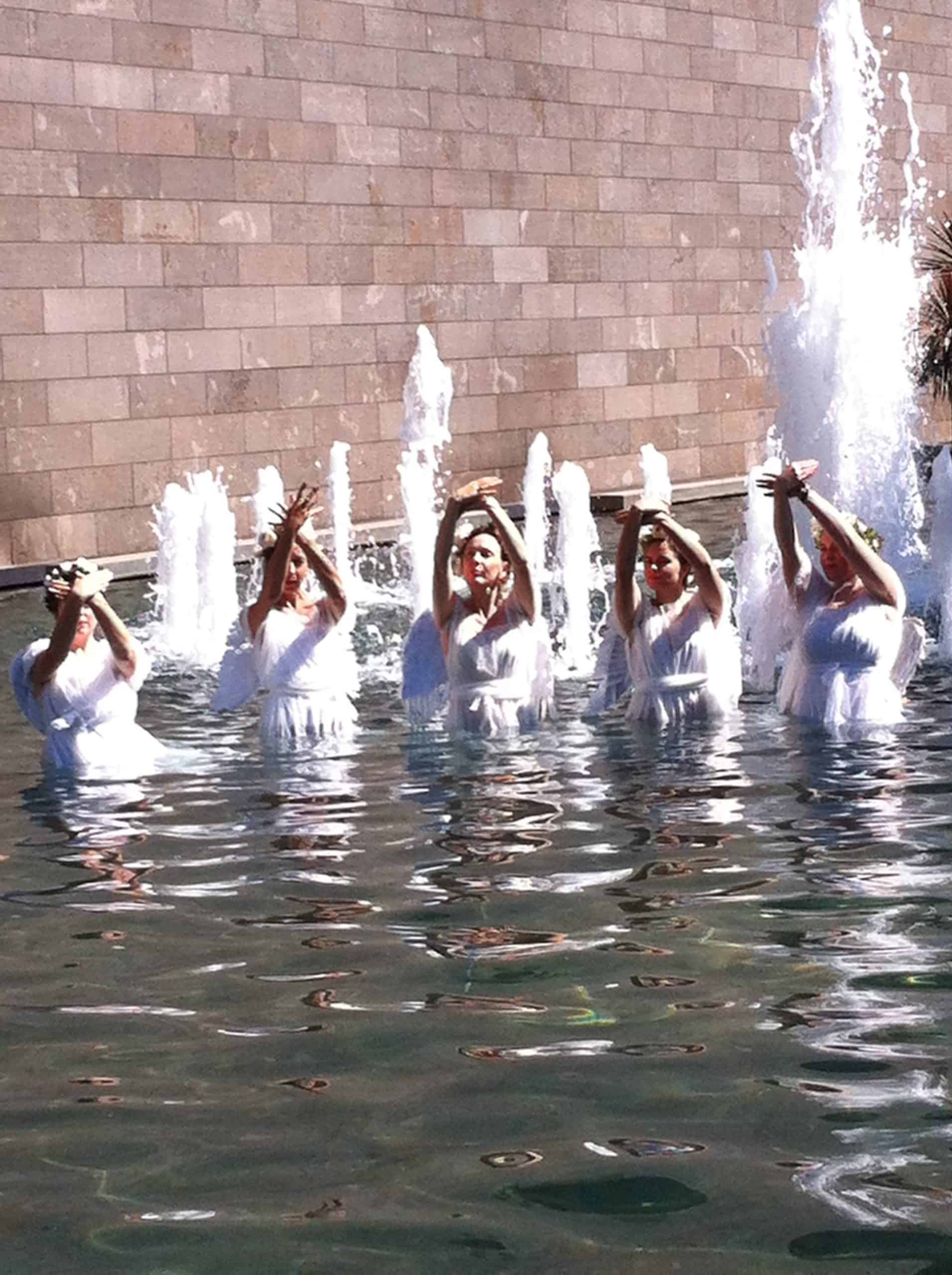 “The floor of the House of Representatives might seem light years from the vaulted skies of our planet’s atmosphere but our Parliamentarians must put on record how they will answer their children and grandchildren when they ask at climate departure, ‘what did you do to help us when there was still time?”

While responding to the GPO management’s call, police expressed personal support for the Climate Guardians calls for urgent action on climate change

Climate Guardians portend at the Lakes Oil offices in support of the Gippsland community of Seaspray fighting against tracking exploration and extraction.

Climate Guardians portend during the 2013 autumnal heatwave near Treasury Place and in the National Gallery moat.

Climate Guardians portend on the steps of Victorian Parliament

Stencilling BHP for the 2nd time

Park Visitation – on our way back from an action

Bob Brown wears our lapel at signings of his book Optimism