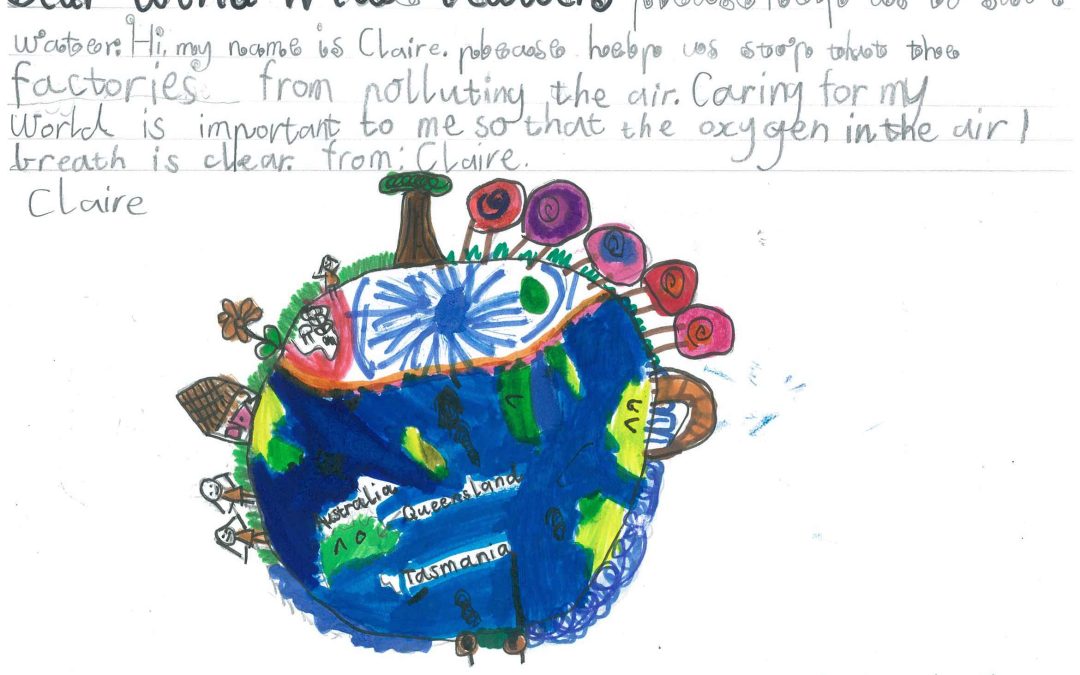 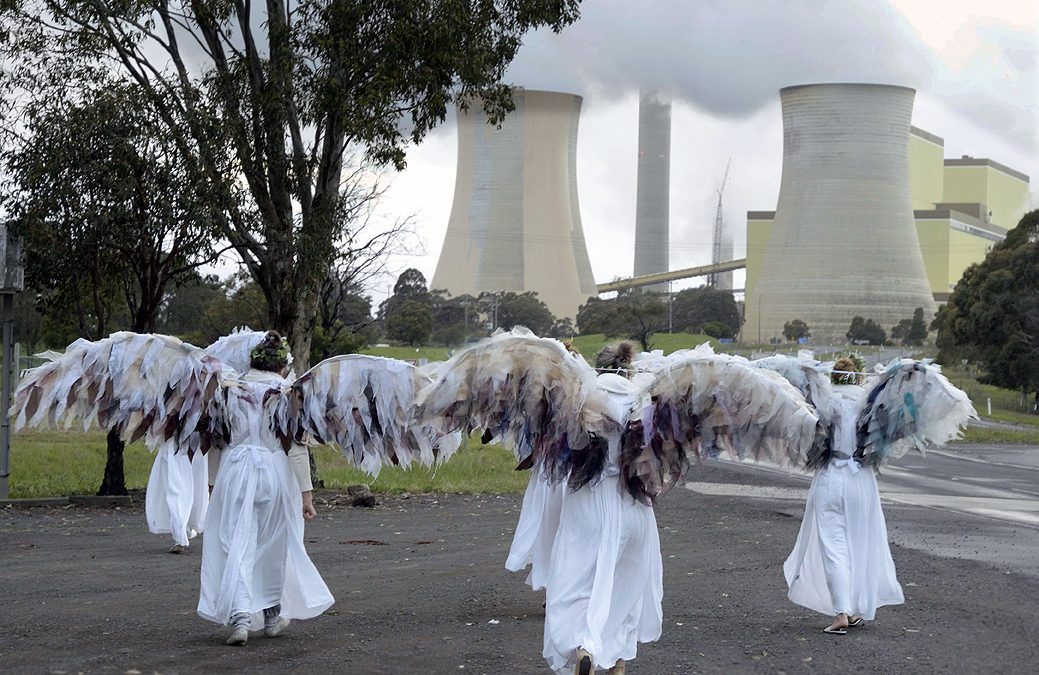 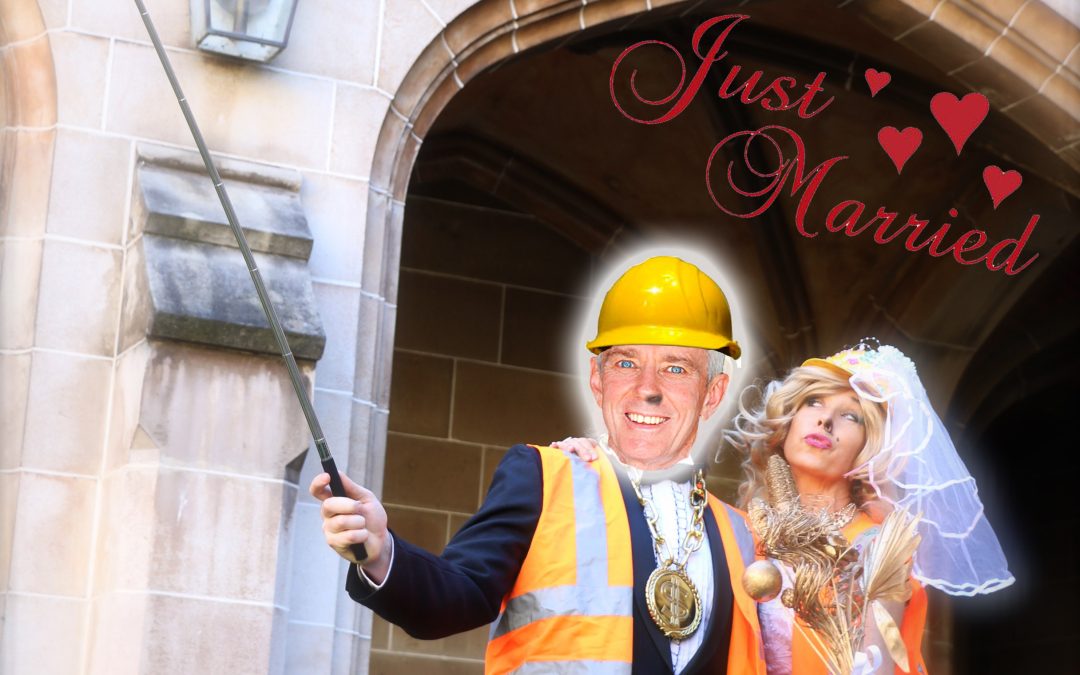 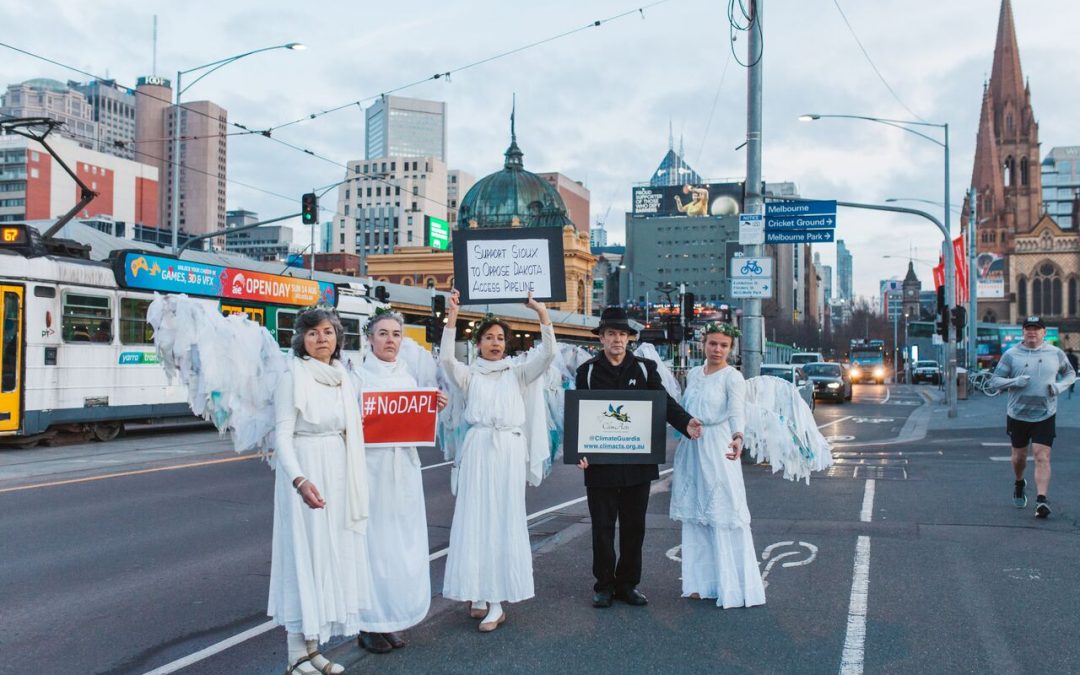 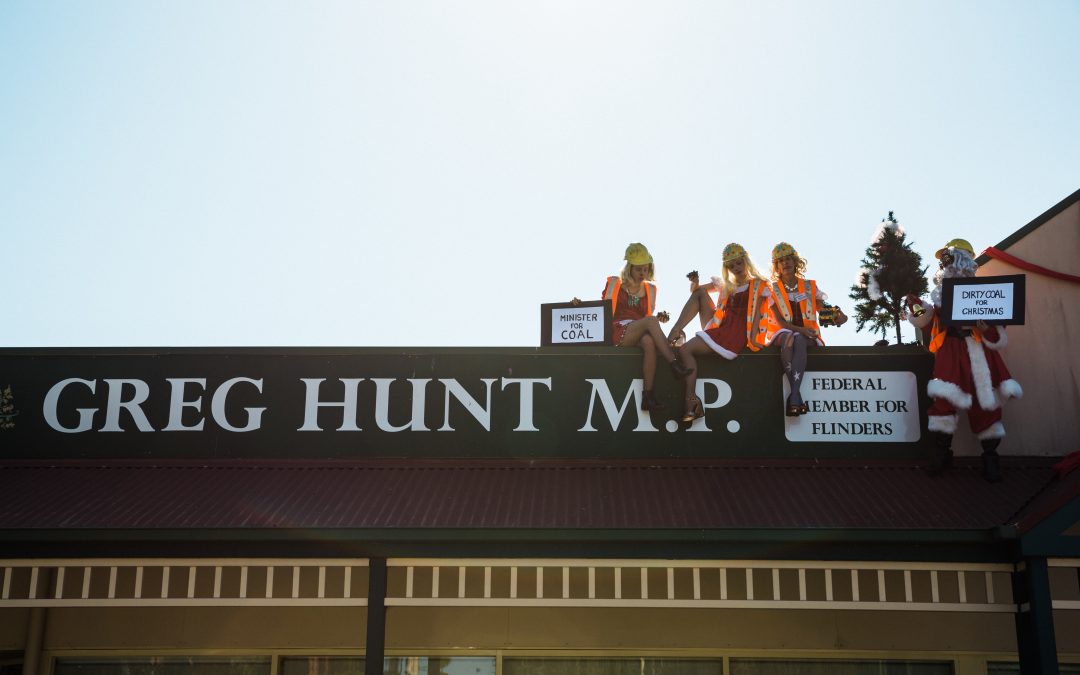 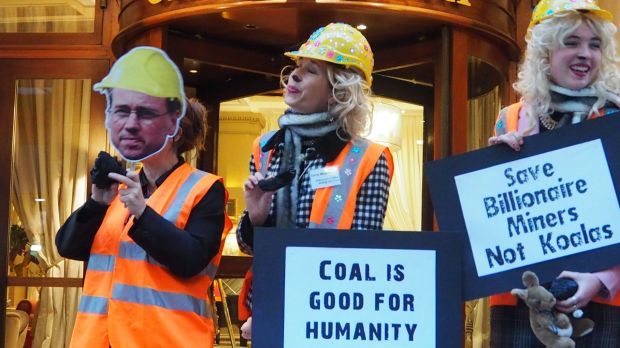 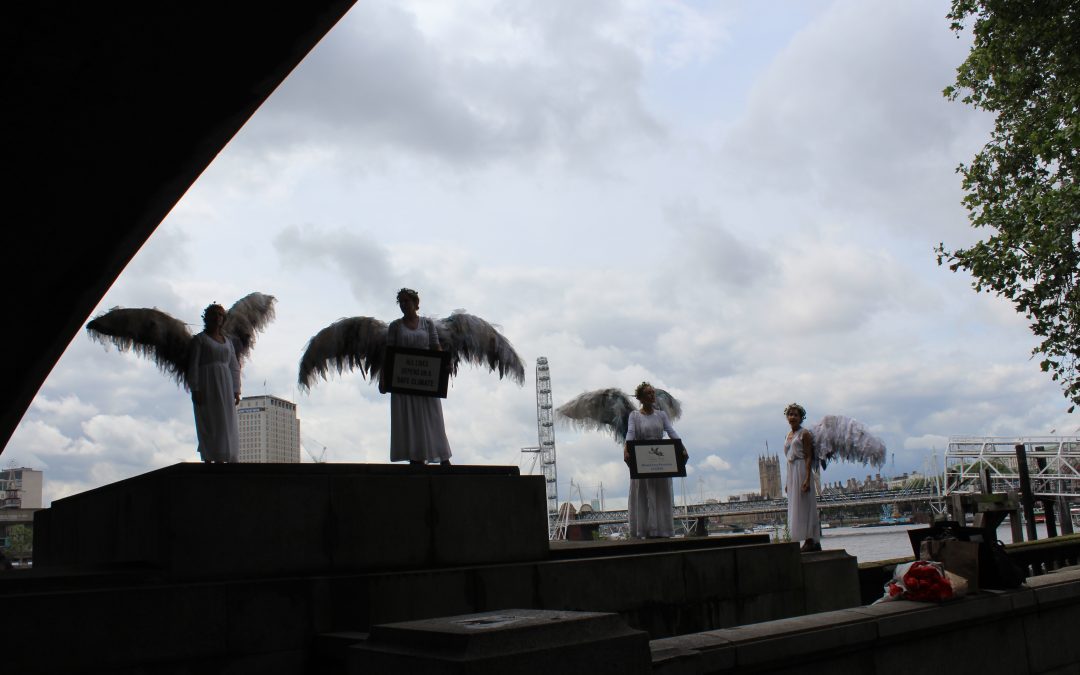 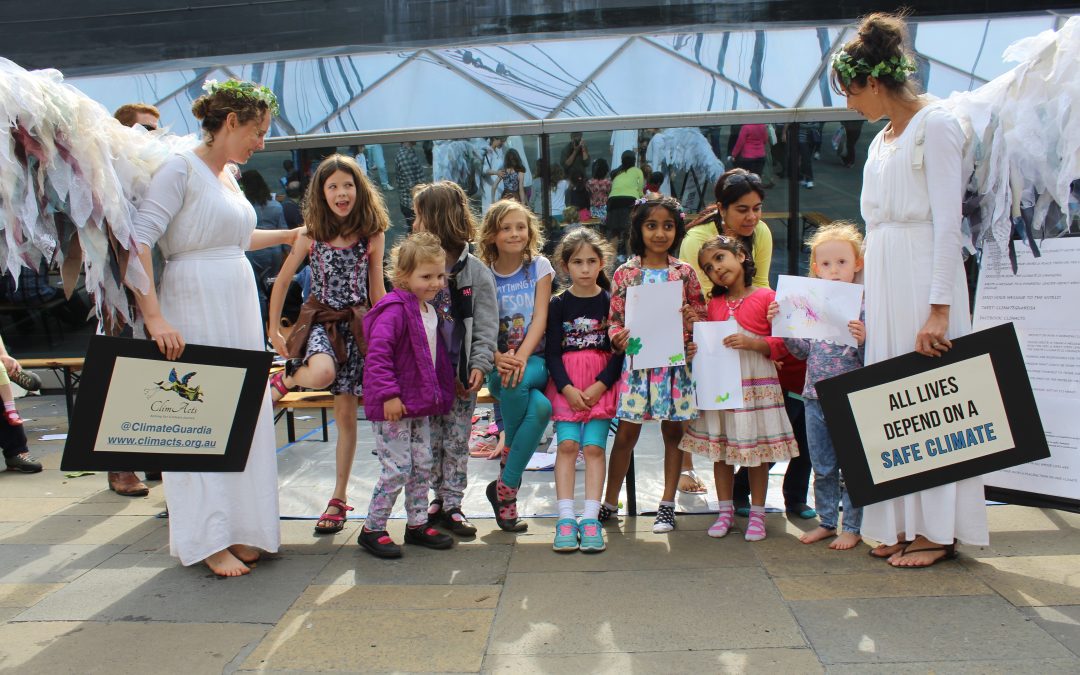 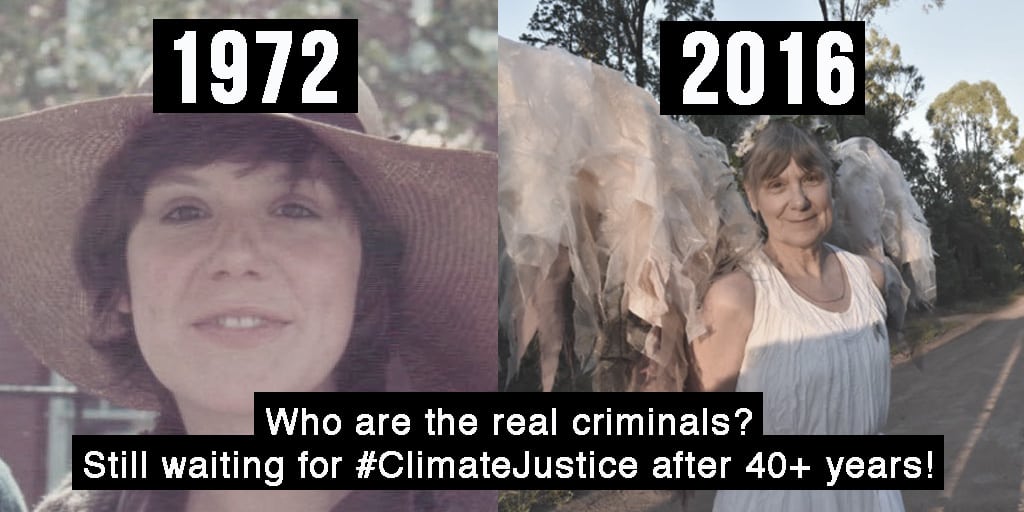 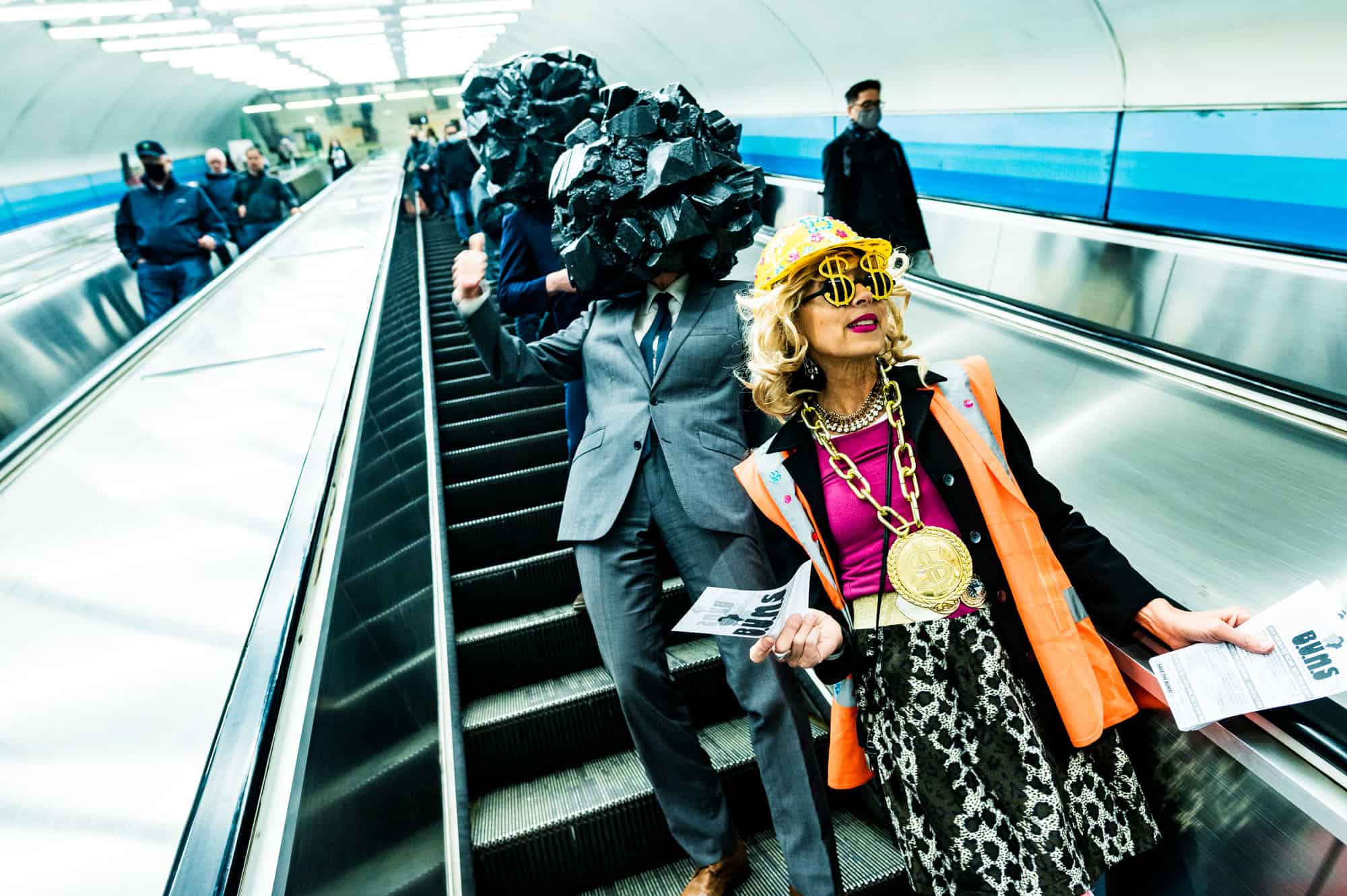 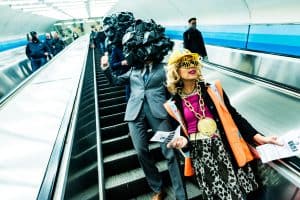 Here they are – Coral Bleach and The Coal Heads – at Parliament station standing up for BUMS, ahem, YOUR rightful rights and entitlements on the eve of Australia’s Federal Election 2022! 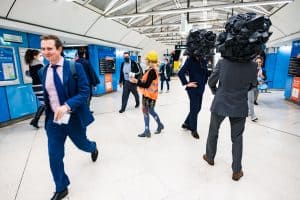 Coral Bleach handing out BUMS ‘how to vote’ cards while The Coal Heads rocked. Image courtesy of Julian Meehan

Making sure that peeps don’t be fooled by other peeps’ FAKE NEWS*! 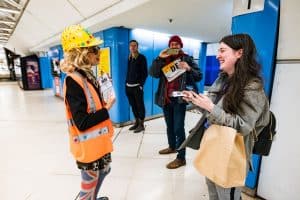 Coral Bleach explains why no one will have any jobs or avocados if greenest/tealist revolutionists get any seats in Parliament. Image courtesy of Julian Meehan

Reassuring random peeps that EVERYTHING Clive & us fellow BUMS say is totes TRUE! 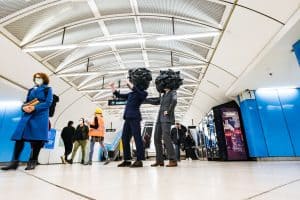 How good are The Coal Heads?! Image courtesy of Julian Meehan

* help keep Oz’s zero truth in political advertising a thing (that works very well for us)!