What: An Autumn brekkie Interception – https://www.kooyong200.com/events 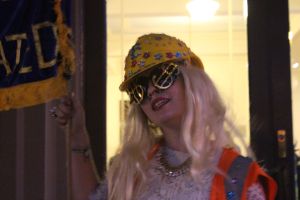 The Coal Diggers are the most loyal supporters of special fundraising clubs like the Kooyong 200 Club that have squirrelled millions of dollars into the LNP’s coffers over more than a decade. How else could the BUMS conglomerate make highly secretive, political (aka self-serving) donations to their obedient political tools?

“We just adore that sweetie precious Josh Frydenberg. He’s always been suitably impressed with our effluence – drops everything to frack with us!” said Coral Bleach.

“And it’s time we found a suitable BUM for Bianca” added Ms Bleach.

Acknowledging their gratitude for the billions they saved BUMS in taxes, the Coal Diggers admitted to having significant sitting issues with Clive’s PUPs. So as right succors for elite servants like Josh, the Coal Diggers have embarked on another novel game of democracy: the #KoalasForCoal micro party. After all, koalas can sit in their sleep and democracy works better for BUMS that way.

“Really we just do what we do to keep Aussie voters happy and entertained. Who wouldn’t wanna vote for a cute coal-addicted koala like me? I keep our economy on the right track, so to speak” said Barnaby Coalala, President and lead candidate for the recently launched #KoalasForCoal Party.

After Coral Bleach got a bit too fracky with her darlink Josh, BUMS servants from the Hawthorn police station came to settle down the Coal Party. Interestingly one of the gentleman in blue had heard about the ‘dodgy accounting’ of groups like the Kooyong 200 Club. Still, he couldn’t find grounds for arrests, phew.

“As the greatest benefactors of our rich Quarry Nation, we owe it to ourselves to protect our rightful profits,” insisted Ms Bleach with a sniffle of coal party particles.

And here’s a clip of Bianca musing over her billionaire miner husband prospects. It’s Worth noting that this footage was taken at a second entrance after the Hawthorn Town Hall’s main entrance was shut down due to ‘protesters’.